We bring you the world’s best interior designers who’ve been making headlines thanks to their lust-worthy residential designs sure to give you some home décor inspiration.

Background: Design allowed the 50-year-old British decorator’s dream of living in Los Angeles to come true. His desire to become an actor had brought him from London to LA, but it was his natural flair for decorating that kept him there, as he is entirely self-trained. He believes that one is either born with style or not, and his innate talent is supplemented by inspiration garnered from travelling the world. With an opera singer father who toured the globe with his family, he grew up in a theatrical household where he was exposed to different forms of esthetic expression, which would eventually be interpreted in his interiors. A design buff as a child, he was scouring the flea markets for antiques as early as the age of 12, which he later continued in LA in order just to stay there, while acting in bit parts here and there. As fate would have it, the producer of Ed Wood’s I Woke Up Early the Day I Died, in which he was performing, asked him to decorate the offices of Hollywood Film Works after having visited his colonial-style house adorned with objects from the local flea markets. He accepted thinking he could score another acting job out of it. The day it was completed, Liz Heller, the then executive vice-president of Capitol Records asked him to decorate the iconic Capitol Building. Through Heller, he met the supermodel Cheryl Tiegs, for whom he completed his first real design project. One star introduced him to the next, and the rest, as they say, is history. 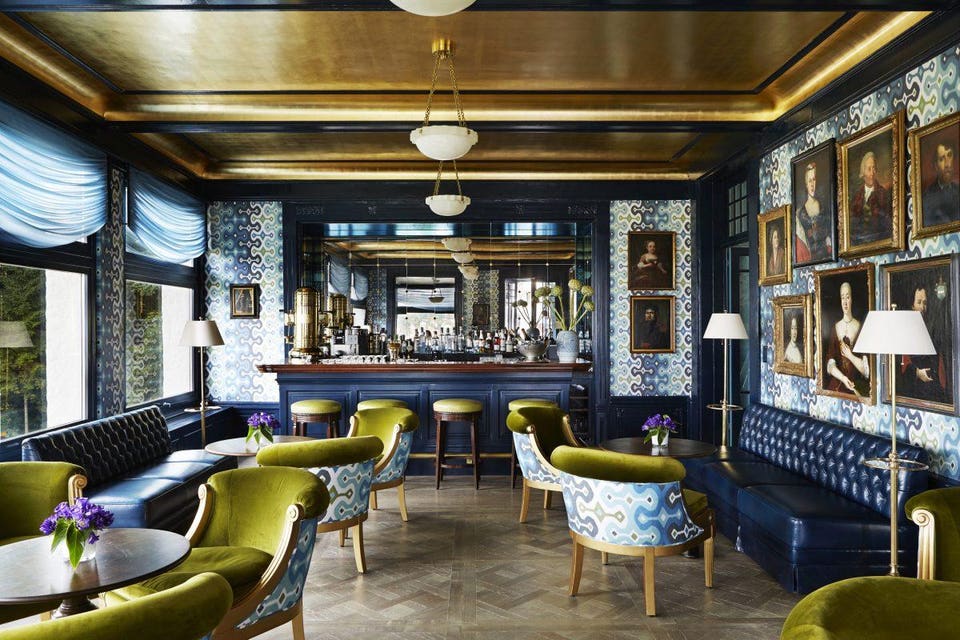 Style: Defined by an eclectic approach, he seeks a common thread in color, form or beauty among pieces from different centuries, always working with his clients to create their dream interiors that will reflect their personalities. Although he sees, smells and touches something that will inspire him each day, travel is his primary source of inspiration, drawing from different countries’ cultures, colors and tastes, which become the threads with which he weaves his decorative tapestry. 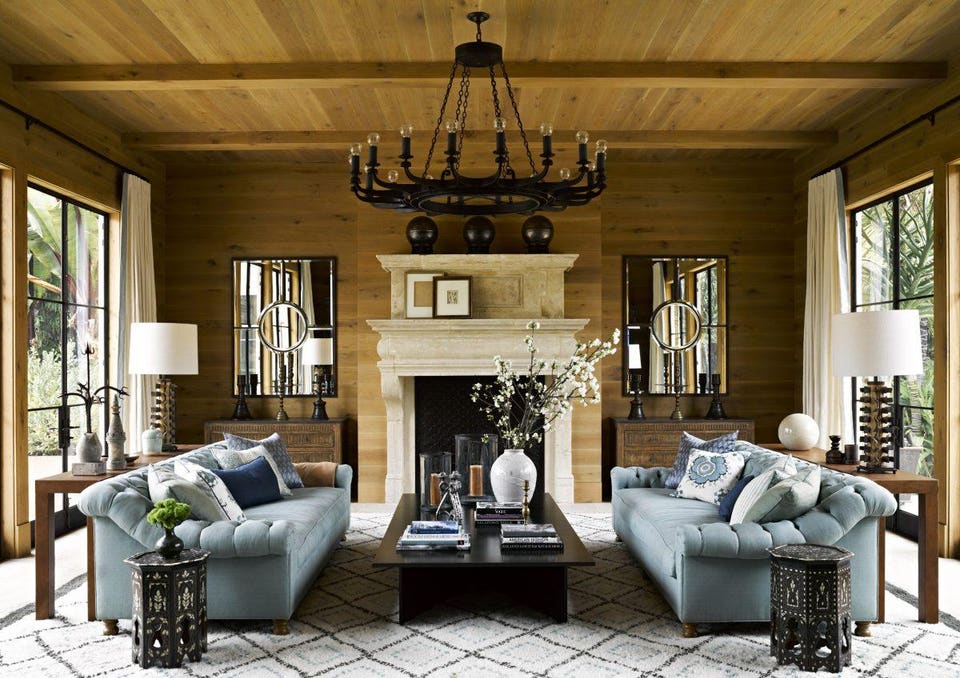 The living room of the Sperber residence in Point Dume, Malibu, has grand proportions and a relaxed vibeCOURTESY OF MARTYN LAWRENCE BULLARD DESIGN