Mexico City (Ciudad de Mexico / CDMX) has been having a moment for a while, and rightly so. This city, the capital of Mexico (in case that wasn’t obvious…), is jam-packed with history, tradition, art and some amazing food – both on the street and in restaurants hitting global top 50 lists. Speaking on a more practical level, what also makes CDMX so wonderful is that it’s inexpensive, easily accessible and can be covered in a long weekend.

Unfortunately, Mexico gets a bad rap – let’s blame sensationalist media and the American sense of geography being (for the most part) pretty below the bar…

Travel at your own risk; but I am here to tell you that I traveled to CDMX as a solo, American female and never once felt unsafe. It is worth noting that I speak Spanish, which helped immensely (this is CDMX – not Cancun…not everyone speaks English).

Now, did I go lurking around sketchy neighborhoods at night by myself? No – but I also wouldn’t do that at home. #1 rule of travel: don’t be dumb.

The thing you should worry about? Montezuma’s revenge – especially if you plan on fully taking advantage of the street food scene (which you should!). It’s going to happen. Embrace it. Consider it a post-vacation cleanse – BONUS! 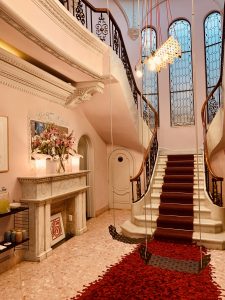 CMDX is made up of a number of neighborhoods. The best ones to stay in are Roma (like the movie…), Condesa and Polanco. These neighborhoods are all considered to be safe and each have their own selection of hotels, restaurants and bars. It’s pretty easy (and cheap) to bop around via Uber, so where you stay shouldn’t matter too much (although, traffic is pretty horrendous depending on the time of day). I stayed in Polanco which is considered to be a wealthier neighborhood. My mother had me pretty convinced that I was going to get kidnapped on my trip (not that it changed my plans…), so when I was finalizing my itinerary it made me feel better knowing I’d be sleeping a few blocks away from Gucci. I wish I were making this up… 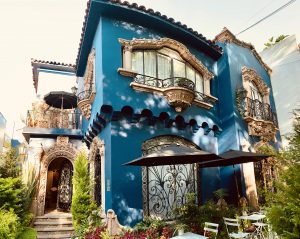 There are plenty of big chain hotels in CDMX, and unless you’re obsessively loyal to a brand for the sake of points – why bother? I always vote to stay somewhere unique and authentic to the place I’m in, as I find that this choice truly changes my overall trip vibe for the best. Pug Seal Hospitality Boutique is a collection of houses that were renovated to be charming bed & breakfast-like accommodations. They are all so chic and make you right feel at home. I stayed at the one on Tennyson and fully endorse the breakfast chilaquiles and bottomless Mexican coffee, cerveza and other goodies. 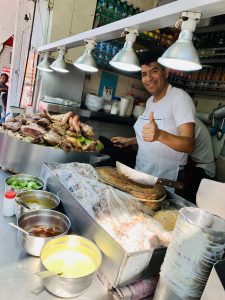 The better question is really – what not to eat? There is so much amazing food in this city that you won’t go hungry. My strategy was sticking to small bites at many places so that I could take in as many flavors as possible. I still couldn’t eat everything I wanted to, and for this reason I must return. 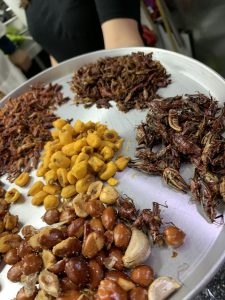 As I mentioned above, you can’t really come to CDMX and not dabble in the street food scene (intestinal distress or not); but it’s pretty overwhelming (so many choices! what’s good? what’s not? who has the freshest crickets?!) and difficult to navigate unless you’re a local (think: long lines/big crowds, and lots of Spanish lingo not covered by Rosetta Stone). While I generally like to wander by myself and try to steer clear of the standard walking/food tours, Club Tengo Hambre is a MUST. Local street food enthusiasts guide small groups to find and consume some of the city’s quintessential comida – everything from the expected tacos and quesadillas to seasoned creepy crawlies. My tour even hit the legendary Los Cocuyos. Book early. These tours sell out! 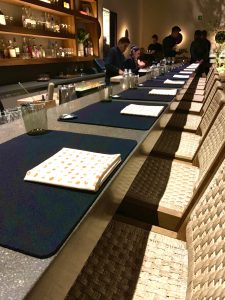 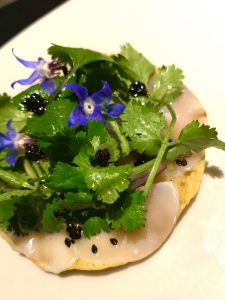 Pujol is #12 on the 2019 list for the World’s 50 Best Restaurants (it was #13 last year). There are two experiences to choose from and once you pick one, you’re locked in – so, choose wisely. While you can pick the Tasting Menu, I highly recommend you go for the Taco Bar omakase tasting which is exactly what it sounds like – tacos and snacks served omakase style (a la sushi) with a pairing of mezcal or sake. I chose the mezcal – which was bottomless. Was this the best meal I had in CDMX? No – but it was the most memorable and unique which is why it makes the list. The menu is ~$170 USD plus tax (regardless of whether or not you drink the mezcal/sake pairing). 10 courses. Hopefully you’ll be as lucky as I was to taste the Mole Madre which is aged over 1,000 days. 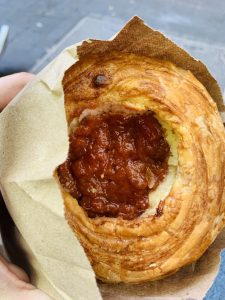 Other Places to Hit: 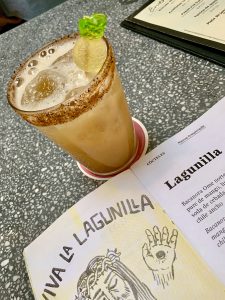 Tequila and mezcal…obviously. Less obvious is the pretty strong cocktail scene that’s alive and well in the city:

What to do between eating and drinking?

Walk as much as possible to make room for more eating and drinking! Luckily this city is pretty walkable and packed full of museums/cultural experiences- most of which are free on Sundays!

You can’t come to CDMX and not walk by (or into) this iconic art deco building that houses a number of Diego Riviera murals among other treasures including a stained glass “curtain” made of over 1 million pieces of Tiffany New York glass. While you’re here, you are also close to the Diego Rivera Mural Museum which is worth a visit to see the rotating collection. 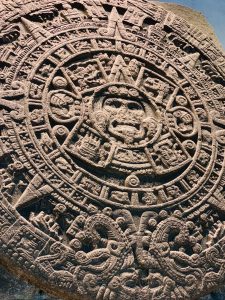 I read a review that said most people spend 4-5 hours here – I was both scared and intrigued. Rest assured – I was able to throughly cover the grounds in about 1 hour. One of my favorite new things to do when I travel solo is walk around museums while listening to music that doesn’t fit my surroundings. My choice for this museum was Queen. I highly recommend the experience. 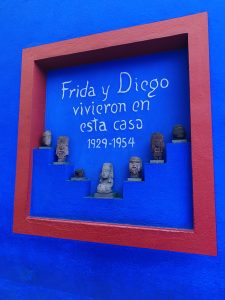 Touristy? Sort of. But the former home of Boss Lady, Frida Kahlo, is a must see. Do yourself a favor and purchase tickets as soon as you know you’re going to CDMX (they cost ~$11 USD). The tickets sell out in advance and are mostly scooped up by travel agencies/tours that charge 5x the cost so they can make a profit. Don’t be a victim. La Casa Azul is actually located in the village of Coyoacán which is a basically a suburb of CDMX, but well worth the journey (~30 min Uber from Polanco depending on traffic). The village itself is colorful and peaceful. They have their own local market which is less intimidating than the hustle and bustle of the markets in downtown CDMX – don’t miss the tostadas and fresh juices!

The ancient Aztec city and pyramid ruins of Teotihuacan are ~1 hour away from CDMX. If you’re going to see them, the only way that I endorse it is by hot air balloon! Picking an early morning flight, you can see the ruins right as the sun rises and be back into the city for lunch. If you have more time and are feeling ambitious – you can climb to the top of the pyramids by foot. 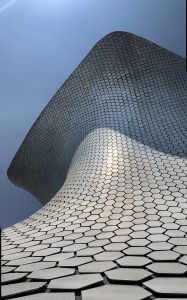 The Bali Diaries: Ubud Edition I've been to over 40 countries (not that I'm actually counting...), and my favorite place that I can't get enough of is: Bali, Indonesia. I've been there twice, am planning...

END_OF_DOCUMENT_TOKEN_TO_BE_REPLACED

Belize it or not…

Belize it or not... A new year means new destinations and the adventures that go with them. I usually try to escape the winter for somewhere warm (typically the Caribbean, Mexico or Central/South America) right...

END_OF_DOCUMENT_TOKEN_TO_BE_REPLACED

Top Things to Do in Dublin One of Europe’s oldest cities, Dublin is a vibrant urban hub full of culture and character. Here are the top things to do and see.   The Republic of Ireland is...