Robert Hunter, lyricist and Jerry Garcia’s writing partner for more than 30 years, died Monday. He was 78.

Aside from Bob Dylan, Hunter was the greatest lyricist of the rock era. A poet and a genius, he created a subterranean hyper-literate world that made his role in the Grateful Dead as important as that of any of the guys on stage.

Comparisons to Dylan? Calling a rock lyric writer a poet? Before you jump to call those comments over-the-top, consider the following: Dylan has recorded Hunter’s tunes and in 1993 Hunter translated Ranier Maria Rilke’s “Duino Elegies: The Sonnets to Orpheus.” (As an aside, the song Reuben and Cerise is a retelling of the tale of Orpheus and Eurydice. Heady stuff indeed.)

Garcia once wondered at Hunter’s genius (they met as teens) by stating it would be hard to sing a song that didn’t have an emotional resonance and Hunter tunes always delivered in such a manner. He also artfully said that he could always defer to Hunter as to whether a song carried good advice or not. Lyrically, the only rule governing the partnership of equals was that anything overtly political was off limits.

Although the Grateful Dead will always be viewed to some extent as a symbol of the 1960s optimism, there was always a darkness to balance that light. Particularly in ballad mode, Garcia could be the deliverer of very dark news.

Hunter’s world was one of characters such as Jack Straw, August West, Casey Jones and Deliliah Jones and sleepy alligators living in locales both fictional and real. Black muddy rivers, Shakedown Streets, Terrapin Stations seemed as logical as the American cities Hunter name-dropped with a cartographer’s precision.

To a large extent, the Deadheads — the most loyal and rabid fans in rock history — invented their subculture and language through Hunter’s lyrics.

A lot has been made of Robert Hunter being reclusive. I’m not sure that’s the right term. I think he wanted the songs to stand on their own with no distraction. Most of all, he didn’t want to explain them.

Below is a random list of some gems that sprang to mind upon hearing of his death. I purposely left out the songs (“Touch of Grey,” “Truckin’” and “Casey Jones”) that everyone knows. He published his lyrics from 1965-1990 in the book “A Box of Rain.” As you will see below, they stand as poetry quite well on their own. But they are that much sweeter with the symphonic of the Dead to buoy them.

In his elegy to Garcia, which he miraculously wrote in a day in August, 1995, he pondered: “Now that the singer is gone, where shall I go for the song?” We will probably never see a songwriter like Hunter again, he sprung from the Beat Generation after all. Luckily, his songs are being played on stages now more than ever. I’m confident that as long as live rock and roll thrives, these songs will be performed with the respect and celebration they deserve. 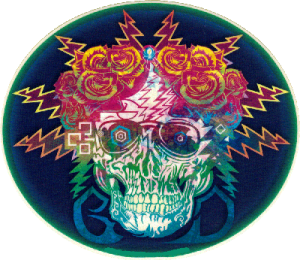 Celebrate the American Poet In His Own Words:

“You may be Saturday’s child, all alone, moving with a tinge of grace/You may be a clown in the burying ground/ or just another pretty face./You may meet the fate on Ophelia, sleeping and perchance to dream/Honest to the point of recklessness, self-centered in the extreme.” — Althea

“Look into any eyes/You find by you; you can see clear to another day/Maybe been seen before/Through other eyes on other days while going home/What do you want me to do/To do for you to see you through?/It’s all a dream we dreamed one afternoon long ago” — Box of Rain

“Nineteen twenty when he stepped to the bar/Drank to the dregs of the whiskey jar/Nineteen thirty when the wall caved in/He made his way selling red-eyed gin/Delilah Jones was the mother of twins/Two times over and the rest were sins/Raised eight boys, only I turned bad/Didn’t get the lickings that the other ones had” — Brown-Eyed Women

“A wind held by the collar/Yes, a cloud held by the breeze/You can walk on coals of fire/But sometimes you must freeze/There are times when you offend me/And I do the same to you/If we can’t or won’t forget it/I guess we could be through”–  Built to Last

“There were days, and there were days/And there were days between/Polished like a golden bowl/The finest ever seen/Hearts of Summer held in trust/Still tender young and green/Left on shelves collecting dust/Not knowing what they mean/Valentines of flesh and blood/As soft as velveteen/Hoping love would not forsake/The days that lie between”– Days Between

“When I awoke, the dire wolf, six hundred pounds of sin/Was grinning at my window, all I said was “Come on in”/The wolf came in, I got my cards, we sat down for a game/I cut my deck to the queen of spades but the cards were all the same 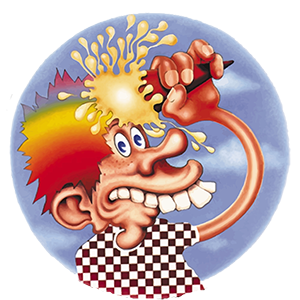 In the back-wash of Fennario, the black and bloody mire/The dire wolf collects his due while the boys sing round the fire” — Dire Wolf

“Sometimes we live no particular way but our own/And sometimes we visit your country and live in your home/Sometimes we ride on your horses, sometimes we walk alone/Sometimes the songs that we hear are just songs of our own” — Eyes of the World

“Nine mile skid on a ten mile ride/Hot as a pistol but cool inside/Cat on a tin roof, dogs in a pile/Nothing left to do but smile, smile, smile” — He’s Gone

“All the things I planned to do, I only did half way/Tomorrow will be Sunday, born of rainy Saturday/There’s some satisfaction in the San Francisco rain/No matter what comes down, the mission always looks the same” — Mission in the Rain

“Now I don’t know but I was told/In the heat of the sun a man died of cold/Do we keep on coming or stand and wait/With the sun so dark and the hour so late?/You can’t overlook the lack Jack/Of any other highway to ride/It’s got no signs or dividing lines/And very few rules to guide” — New Speedway Boogie

“There is a road, no simple highway/Between the dawn and the dark of night/And if you go, no one may follow/That path is for your steps alone” — Ripple

“Thought I heard a jug band playin’’If you don’t… who else will?’/From over on the far side of the hill/All I know the sun don’t shine/And the rain refused to fall/And you don’t seem to hear me when I call/Wind inside and the wind outside/Tangled in the window blind/Tell me why you treat me so unkind/Down where the sun don’t shine/Lonely and I call your name/No place left to go, ain’t that a shame?

So many roads I tell you

So many roads I know 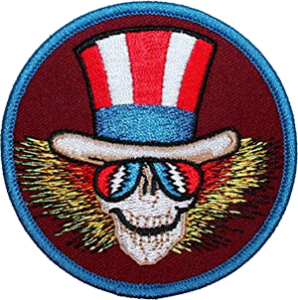 “See that girl barefooting along/Whistling and singing, she’s a-carrying on/Got laughing in her eyes/Dancing in her feet/She’s a neon diamond/She can live on the street” — The Golden Road (To Unlimited Devotion)”

“Red and white, blue suede shoesI’m Uncle Sam, how do you do/Gimme five, still alive/Ain’t no luck, I learned to duck/Check my pulse, it don’t change/Stay seventy two, come shine or rain/Wave the flag, pop the bag/Rock the boat, skin the goat/Wave that flag, wave it wide and high/Summertime done come and gone, my oh my” — US Blues

For More Check Link Below:

END_OF_DOCUMENT_TOKEN_TO_BE_REPLACED

“Up and Rolling,” North Mississippi Allstars Review by Ray Hogan“

The North Mississippi Allstars have been one of the most consistently great and eclectic concert acts of the last 20 years. Interestingly, their discography has followed an inverse trajectory with their debut “Shake Hands...

END_OF_DOCUMENT_TOKEN_TO_BE_REPLACED

Aries Rising / Aries Sun: We've made it to October, Aries! September looks like it had you pretty busy, as you were asked to check in on yourself to see if you've been living up...

END_OF_DOCUMENT_TOKEN_TO_BE_REPLACED

The Mystery of 13 – By: Michele Hogan

There are many different systems of numerology. Some place great emphasis on compatible numbers, correlations, single and compound, such as :1 +3   For this article let's take the number 13 in its compound form to...

END_OF_DOCUMENT_TOKEN_TO_BE_REPLACED

Loss of a Beloved Pet

END_OF_DOCUMENT_TOKEN_TO_BE_REPLACED

The Death of Sammy Handsome

. Plutonic will be posting its September issue piecemeal as we respectfully grieve the loss of our beautiful boy.

END_OF_DOCUMENT_TOKEN_TO_BE_REPLACED

Southern Charm Star Craig Conover Admits Adderall Addiction Craig Conover has been pretty open this season. Southern Charm has taken him from party-boy with no work ethic to finding his way after a rough break up. Viewers have noticed the obvious over the...

END_OF_DOCUMENT_TOKEN_TO_BE_REPLACED

10 things you didn’t know about orgasm.

END_OF_DOCUMENT_TOKEN_TO_BE_REPLACED

https://youtu.be/2pUlNfdnsAM Two weeks ago, I found myself up front for the New York Hardcore legends the Cro-Mags. This is the John “Bloodclot” Joseph and Mackie Jayson version -- the real version -- that call themselves...